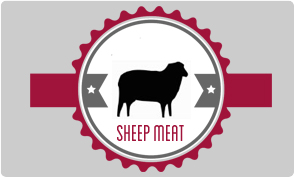 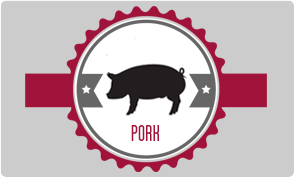 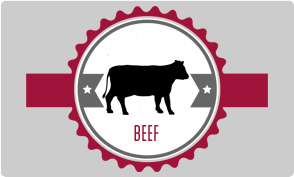 The Red Meat Industry Forum (RMIF) of South Africa is an umbrella council consisting of 13 nominated members each representing the interests of the most nationally representative sector specific organizations within the Red Meat Value Chain from the primary producer to the consumer. The RMIF was established in 1994 when the Agricultural control boards were disbanded and it was formally constituted in 1997 in accordance with the provisions of the Marketing of Agricultural Products Act, 1996 (Act No. 47 of 1996) as amended.

Its key purpose is to represent the Red Meat Industry, to negotiate for an enabling regulatory environment, to formulate industry policy, to facilitate compliance to legislation, to identify, appoint and monitor service providers and assist in sourcing funding to deliver on the mutually agreed essential functions to maintain a viable Red Meat Industry.

The RMIF affairs are managed by a Management Committee of 4 members nominated by the RMIF Council and it conducts its affairs according to its constitution. 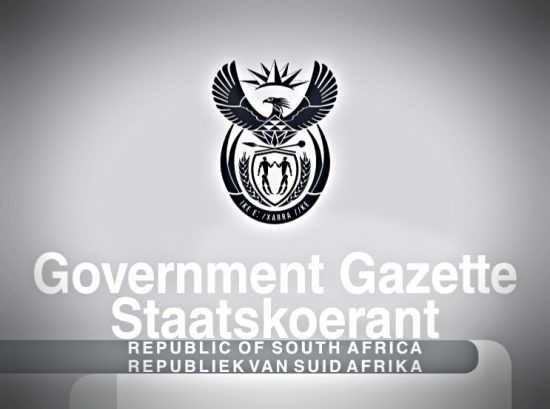 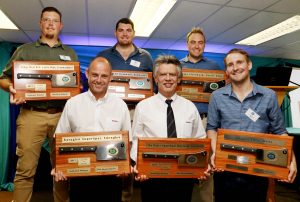 Johannesburg, 01 May 2018: The best butcheries both nationally and regionally were announced at a luncheon last week attended by senior members of the meat production and retail industry, award finalists, judges and media. This is the thirteenth year that the Cleaver Awards, which are proudly supported by Freddy Hirsch, are taking place.Launched in 2005 to meet the needs of the consumer by raising standards amongst butcheries, these Awards have time and time again proven to do just that, with feedback from consumers showing that the majority perceive the Cleaver Awards to be a seal of approval, most importantly because a butchery cannot enter themselves, they have to be nominated by their customers.

Nominations were open between October and December last year for consumers around the country to vote and nominate their best butchery. Over 30 000 public nominations were received via SMS or online. Of these, 105  finalists were individually and anonymously assessed against a 212 point checklist, with some of the National Winners scoring up to 99,8 %.

One of the guest speakers at the Awards ceremony was Rudi van der Westhuizen, Executive Director at The South African Meat Industry Company (SAMIC), a quality assurance company which was created by the Red Meat Industry of South Africa to ensure the quality and safety of meat. SAMIC is responsible for conducting all the provincial audits on the top nominated butcheries.

Rudi reflected on the history of the Cleaver Awards. One of the reasons for starting these Awards in 2005 was the industry’s concern over legislation and quality of meat products once they reached the consumer.

Legislation, including hygiene matters, were in place in the abattoirs and deboning plants with really high measurable standards, but once the carcasses or meat cuts left the abattoir premises, they were no longer under the jurisdiction of the Meat Safety Act. The Cleaver Awards were launched to improve the quality of the end product, especially with regards to hygiene, consumer quality assurance, service and value for money.

Butchery owners and retailers have been instrumental in taking up the challenge to guarantee their customers a better product measured against the 212 point check list used to assess nominated butcheries.

A trend which seems to be happening more and more each year is that franchise butcheries are winning multiple awards, another way these Cleaver Award winners are showing their commitment to service excellence for their customers.

Vleislapa Marshalstreet and Vleislapa Groblerstreet, both from Polokwane in Limpopo, have once again walked away with a Platinum and Gold Provincial Award respectively. A similar situation has taken place in Mpumalanga with Frank`s Meat Supply Retail City taking a Platinum Award and Frank`s Meat, Panorama Centre taking a Gold.

In Durban, Bluff Meat Supply from the Bluff has once again been awarded Platinum with its Pinetown store awarded Gold.

Spar Meat Markets continue to perform remarkably year on year, with 2017 being no exception.

An initiative of the South African Red Meat Industry Forum, these Awards acknowledge butcheries which meet consumer expectations on in-store hygiene, the supply of quality assured roller marked South African Beef, their level of competency in offering the best advice on meal preparations and perceived value for money.

Butchers were judged according to three categories namely;

The winners in each category received Platinum Awards and the runners up Gold Awards. First prize winners in each national category received a R 20 000 cash prize and a Platinum Trophy Award. The runners up received a R 10 000 cash prize as well as a Gold Cleaver Award Trophy. All of the provincial winners received either a Platinum or Gold Cleaver Award Trophy in their category.

For the first time since the inception of the Awards, there will be six consumer prizes awarded to consumers who each nominated one of the six national winners, with each of these winners receiving a Weber braai.